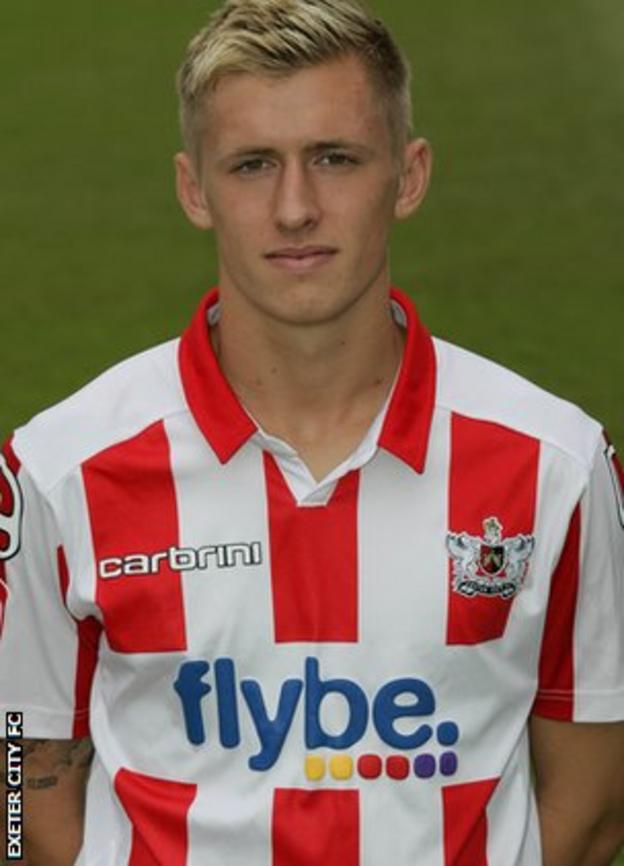 Exeter City manager Paul Tisdale praised 19-year-old Aaron Dawson after he made his debut at right-back in the 2-0 loss at Huddersfield Town.

Dawson started after Steve Tully failed to recover from a broken hand.

"We had a set up which enabled him to focus on just defending, his game wasn't diluted with attacking and certain nuances that you'd normally expect of a right back."

Tisdale continued: "Although the challenge was big, it was a simple challenge and he knew what he had to do and he had Scott Bennett backing him up at all times coming across the field.

"We continue to blood our young players, we don't go out and get a loan player from another club, we don't spend money on players, we play our own players and although we've lost it's a valuable step forward for Aaron Dawson.

"We're adding value all the time, even though there's no points to show for it," Tisdale said.

And the Exeter boss was pleased with the way his side played, even though they are now just one point off the relegation zone.

"It's not just a case of energy and effort, it's a case of doing the job.

"I would have hoped to have had half of the opportunities we had today.

"So I'm very disappointed that we played as well as we did, we had the ball in and around their box under control, not just kicked in there and hoped for the best, but under control, worked the ball into the areas that we chose to and planned to work to and we didn't get anything from it," he added.