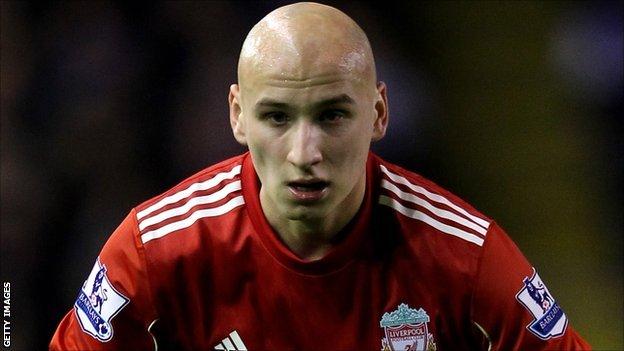 Middlesbrough boss Tony Mowbray has denied interest in Liverpool midfielder Jonjo Shelvey despite reports linking the club to a loan deal for the player.

Several sources claimed a deal had been agreed for the 20-year-old prior to Saturday's 2-0 home defeat by Championship play-off rivals Reading.

"I don't know where that has come from," Mowbray told BBC Tees.

Shelvey, who joined Liverpool from Charlton for £1.7m in April 2010, was on loan at Blackpool earlier this season.

He has made 28 appearances for the Merseysiders, the last of which came in the 6-1 FA Cup defeat of Brighton earlier this month.