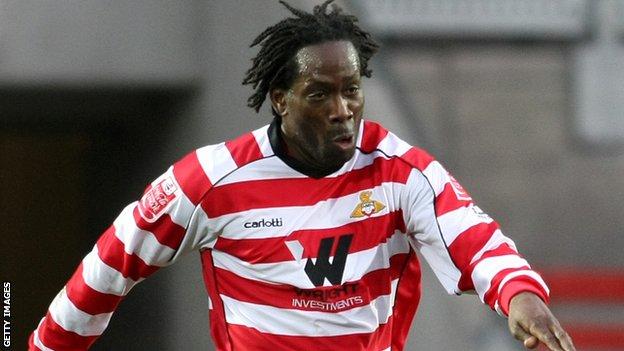 Lincoln City have signed striker Mark McCammon on loan from Sheffield FC after a week of delays.

The 33-year-old's move was held up because former club Braintree still held his registration, despite him leaving them to move to Sheffield.

But the issues have now been sorted out and McCammon will stay on loan with the Imps for the rest of the season.

He played the last 12 minutes of Saturday's 2-1 defeat by Mansfield after coming on as a substitute.

He is currently taking Gillingham to an employment tribunal on the grounds of racial discrimination.