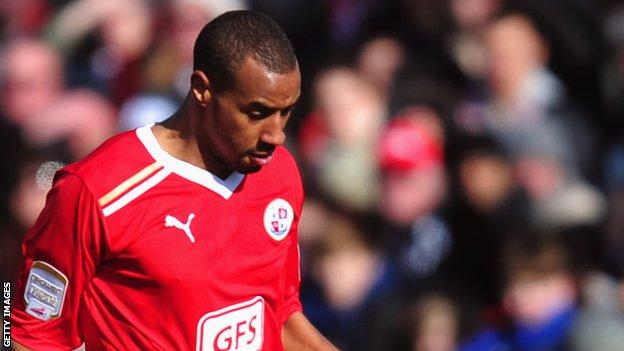 Peterborough United boss Darren Ferguson has described Tyrone Barnett's goal-scoring debut as one of the best he has witnessed.

The 26-year-old, on loan from Crawley, came off the bench to net the equaliser in Saturday's 1-1 draw at Doncaster.

"I thought it was as good a debut as I have seen. I thought he was magnificent when he came on," Ferguson told BBC Radio Cambridgeshire.

Posh are set to pay over £1m to sign the striker permanently in the summer.

He has hit 14 League Two goals for the Red Imps this season and opened his Championship account 37 minutes into his Peterborough career.

Ferguson believes the new arrival will have no problem living up to his club-record price tag.

"He's got the right temperament, the fee won't faze him and I had to make sure that was the case," said the Scot.

"He gives us another outlet which was the main attraction.

"He caused them all sorts of problems. My philosophy will never change and I don't want him to change, but we'll have to adjust slightly to him, not the other way around."

Barnett, who joined Crawley from Macclesfield in the summer, added: "Any striker wants to get off the mark as quick as they can and I'm happy to get that important goal to get a point.

"Obviously there's a bit of nerves before the game. But I got into my zone and when I came on I thought I did well."