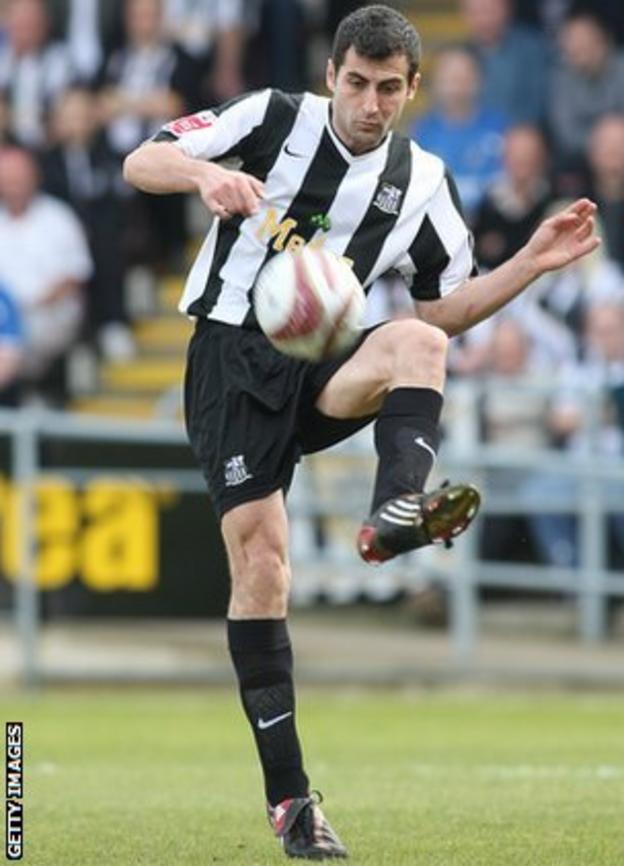 Notts County centre-half Mike Edwards has admitted he feared his eight-year spell at Meadow Lane was over before Keith Curle was appointed manager.

The 31-year-old was left out of the squad by former boss Martin Allen and had not played since 31 December.

But although Edwards did not appear in Curle's first game, he was recalled for Saturday's 1-0 win over Chesterfield.

"It's great to be back. I thought I had played my last game for the club," Edwards told BBC Radio Nottingham.

"I had a great reception and response from the crowd and it was as great to get another chance.

"I was looking to get things sorted for next year - that was the situation I was in. I may have been out sooner but the new gaffer has come in an everyone has a clean slate again so I'm just hoping to impress."

He added: "I did a lot of training on my own and the youth boys have helped me out because I've been training with them.

"The last two months I have been running back from the training ground, trying to keep fit and hoping to get another chance

"It's been a long two months and it's been difficult."