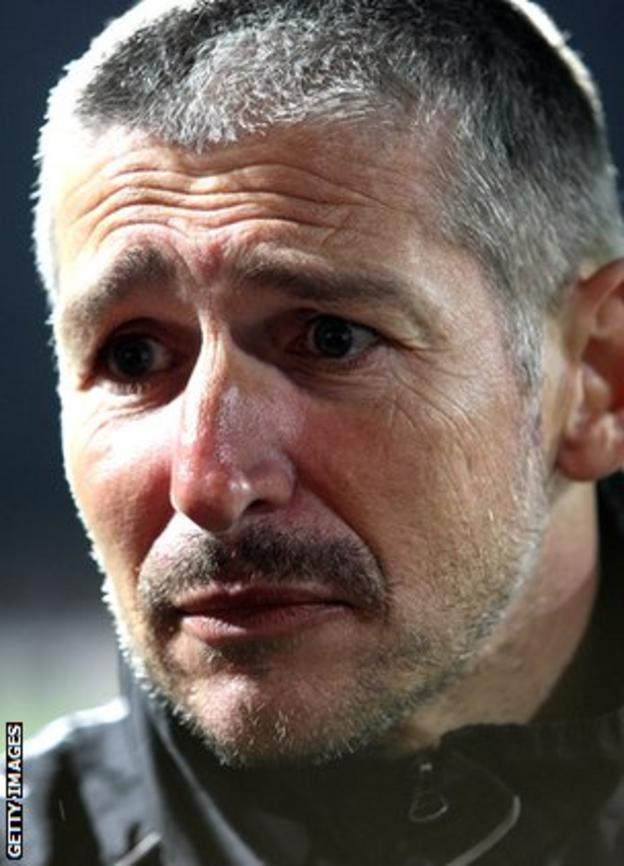 Cambridge United boss Jez George has raised questions over the future of some of his side following Saturday's 2-1 FA Trophy loss to Wealdstone.

The defeat, to opposition two leagues below the U's, cost Cambridge a place in the semi-finals of the competition.

George told BBC Radio Cambridgeshire: "There's things I've said in the dressing room I'd like to remain there.

"There are things that need to be done and you'll know what they are because you'll see them being done."

The U's, who were early season play-off contenders in the Blue Square Bet Premier, have won just three of their last 12 league games and drifted to 12th in the table.

George, who steered the Abbey Stadium outfit away from relegation last term, has threatened a major shake-up to his side in pursuit of positive results.

"We have to take a good, long, hard look at ourselves in the mirror," he said.

"Earlier in the season we did the right things, there wasn't an arrogance about people.

"In football players are protected by contracts. In most walks of life if you don't do your job you pay the consequences. In football it's a little bit different.

"We've got to find out what the problem is. If the problem is me, I'll find someone else to do the job, because that's not an issue for me, the most important thing is the football club.

"If the problem is the players or individuals we need to replace them or get different players."