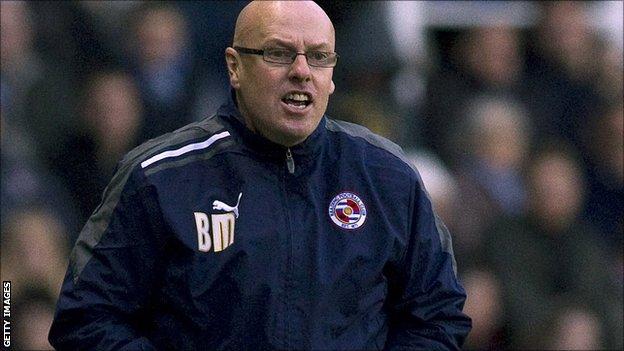 The Royals have kept 15 clean sheets this season and have gone 473 minutes since last conceding a goal.

It is a record that has helped McDermott's side climb to third place in the Championship table.

"We have to be delighted with how bright and clever they are and how they carry out the game plan," McDermott told BBC Radio Berkshire.

McDermott's side are now just four points off second-placed West Ham and five off leaders Southampton - with a game in hand.

Their form has turned them into serious contenders for automatic promotion.

McDermott's side have 14 games remaining this season, starting with the fixture against Millwall at The Den this Saturday.