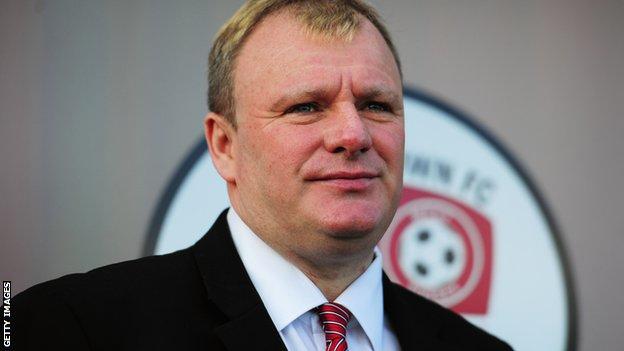 Crawley manager Steve Evans says his side will keep fighting for automatic promotion from League Two.

The Reds remain fifth in the table following their 2-1 defeat by promotion rivals Shrewsbury on Monday night.

Evans told BBC Sussex: "[Shrews boss] Graham Turner will know we'll take them all the way. If that's the benchmark, we'll be knocking on the door.

"I'd take that performance from now until the end of the season. We play the right way."

He added: "The self-proclaimed champions-elect are Swindon and the rest of us are fighting for two automatics or the play-offs.

"There'll be a few smiling around the chasing pack."

Evans said he felt Crawley deserved to beat the Shrews, who now lie four points above the Sussex side in third place.

"It's difficult to take," Evans continued. "It's as good a performance as we've put in all season.

"We absolutely dominated them from start to finish.

"They took two of the only clear chances they created. It's a shame for football when that happens."