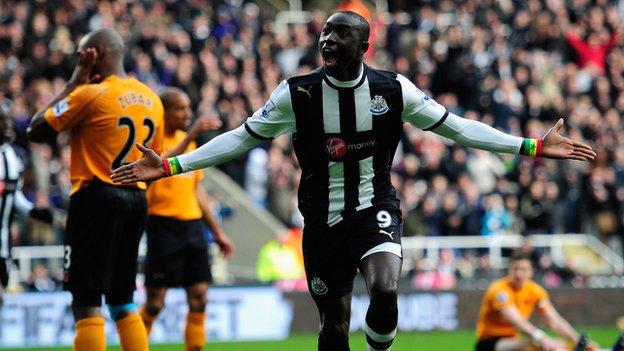 Newcastle United star Papiss Demba Cisse has pulled out of Senegal's squad for their friendly with South Africa on Wednesday in Durban.

Meanwhile Ghana's Ayew brothers have pulled out of the Black Stars' friendly with Chile, also because of injury.

There are six friendlies involving teams from Africa on Wednesday.

Most of the day's games are qualifiers for the 2013 Africa Cup of Nations but teams which competed at the 2012 event are not involved at this stage.

A large number of the squad which failed so badly at the Africa Cup of Nations has been dropped by the stand-in coaches, including Cisse's Newcastle colleague Demba Ba.

"Having been assessed by United's medical staff, Cisse will not take part in Senegal's friendly," Newcastle said on their website.

Amongst the players selected for South Africa is long-serving goalkeeper Itumeleng Khune, who is returning after an injury lay-off.

Dede and Jordan Ayew both played in Marseille's 1-0 defeat at Brest on Sunday but have withdrawn from the Black Stars' camp for a friendly against Chile in the United States.