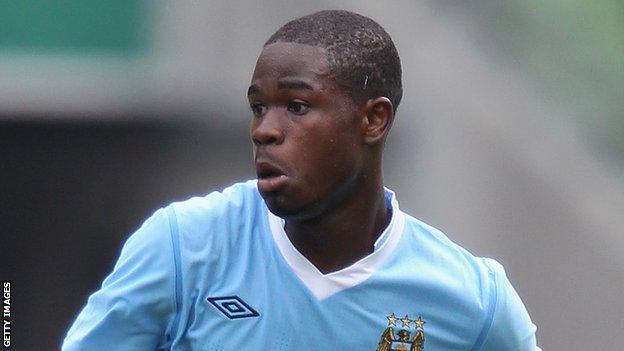 The 19-year-old Ivorian, who has joined from Manchester City until the end of the season, has impressed in his first two appearances for the Seagulls.

But he told BBC Sussex: "I think I haven't been my best. I haven't played games for City for three months and I'm trying to get fit.

"I'll keep learning. I hope I can show to people I can do more on the pitch."

The former Crystal Palace youth player was man of the match in the 3-0 win over Ipswich at the weekend and Razak says he is looking to build on that display.

"I trained with the big players like David Silva, Sergio Aguero and Yaya Toure at City for most of the season," he continued.

"When you come to another place you have to show what you have learnt from them.

"I was desperate to come here and I like the way Brighton play football. I want to prove what I can do."