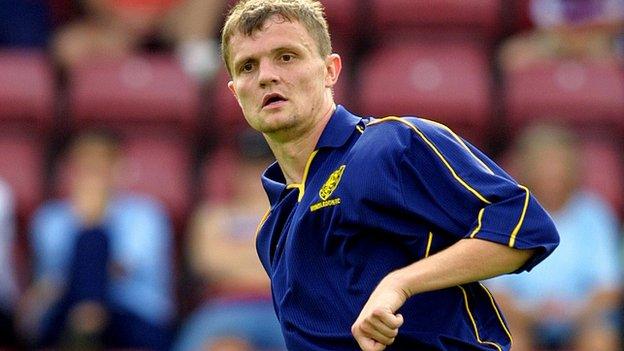 Robinson joined Didcot Town in December but the club have slipped to 17th in the Division One South and West table.

"It's not quite worked out for Paul or for us, we wish him all the best and thank him for his time," Didcot manager Dave Mudge told BBC Radio Oxford.

Mudge added: "I want to introduce some of the younger players at the club now. We can't go up and we can't go down so it is a good time to do it.

"It is an ideal opportunity for us to blood some of the youth team players."