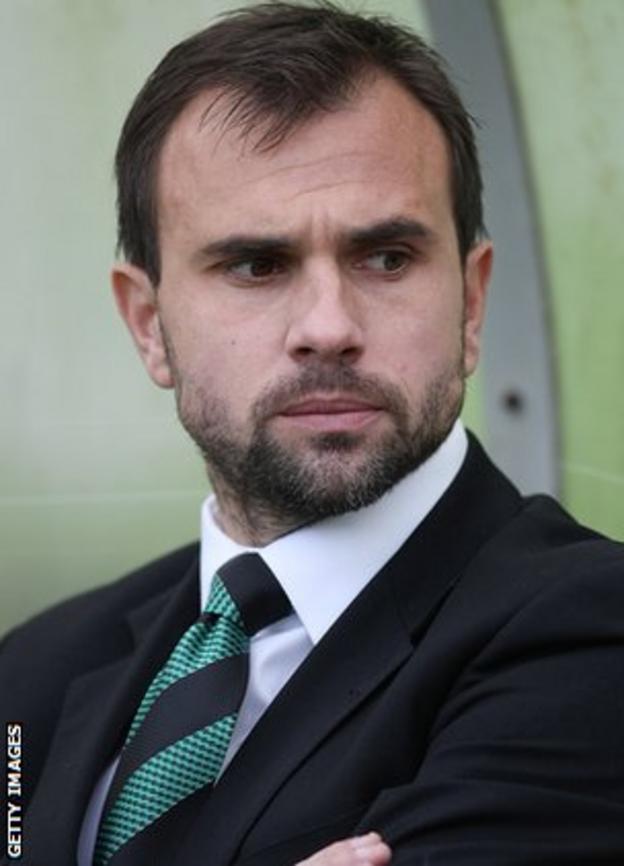 Plymouth boss Carl Fletcher says his side threw away three points by failing to take their chances at Macclesfield.

Former Argyle striker George Donnelly got a last second equaliser to salvage a 1-1 draw for Macclesfield, the first goal Argyle had let in in 416 minutes.

"Overall the performance was really good but we got punished for not taking our chances," Fletcher said.

"I'm just disappointed that we didn't get the three points when I felt we deserved it," he told BBC Radio Devon.

He continued: "On another day if we'd have taken our chances we could have come away with a comfortable 2-0 victory.

"The last kick of the game is always a kick in the teeth, it's just disappointing how it turned out really when we seemed to comfortably see the game out."

But Fletcher was unhappy with the fact that the goal was scored in the fifth minute of stoppage time, despite four minutes being shown by the fourth official.

"It's referees. You can argue all the time, he put four minutes up and played five," Fletcher said.

The draw sees Argyle stay one point and two places above the relegation zone but they have won just once in their last seven games.