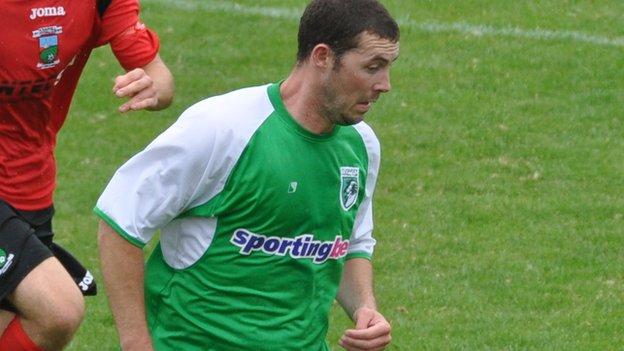 Guernsey FC reached the semi-finals of the Combined Counties League Premier Cup with a 2-0 win over Staines Lammas.

Jason Winch put the Green Lions ahead after 29 minutes and Dave Rihoy made it 2-0 with seven minutes left in the tie.

"It was a great performance from the lads, they really rose to the occasion," Vance told BBC Guernsey.

"It was a very solid, professional performance and we didn't give much away and looked dangerous on the attack.

"We really controlled the game so I was really pleased with the response from the guys and they got everything the deserved from the game."

And Vance was quick to praise Warren and Jordan after they were brought into the side.

"Matt Warren got a start and to be fair I told him he was probably a bit fortunate to get a start, he's only just come into the group and there's been a few people out, but he did really well for 50 or 60 minutes," he said.

"Young Rhys Jordan came on and looked really comfortable in this environment, so it's really pleasing to see him get an opportunity after his injury problems as well."

Guernsey have yet to find out who they will meet in the semi-finals, which are scheduled to be played at the end of March.