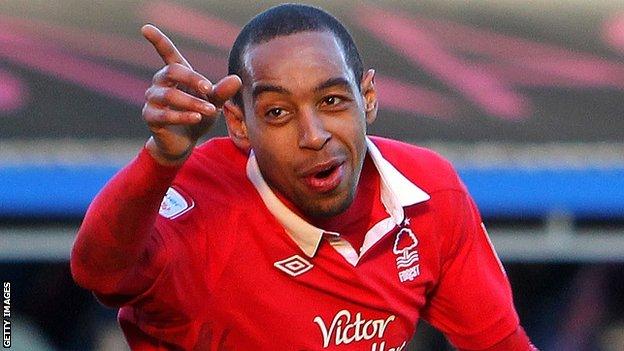 Nottingham Forest striker Dexter Blackstock says scoring twice in his side's victory at Birmingham has given him a "massive" boost.

The 25-year-old helped Forest to a 2-1 win, with his first goals since returning from a knee ligament injury.

Blackstock told BBC Radio Nottingham: "It is massive for me personally. To come back from so long out and get the first goals since coming back is huge.

"I never doubted that I would be back and able to play at this level."

The former QPR striker was injured during Forest's 2-0 victory in Cardiff in November 2010 and returned to first-team action in the Reds' home defeat by Crystal Palace in December last year.

"I never doubted myself," added Blackstock. "I have been ready for a couple of months to play my part.

"It is a little bit of weight off my shoulders but it is only my third start of the season, so it wasn't like pressure was building.

"At most clubs I have been at, especially Nottingham Forest, I have had a good knack of scoring important goals and it was the same at QPR. I tend to pop up at the most important times."