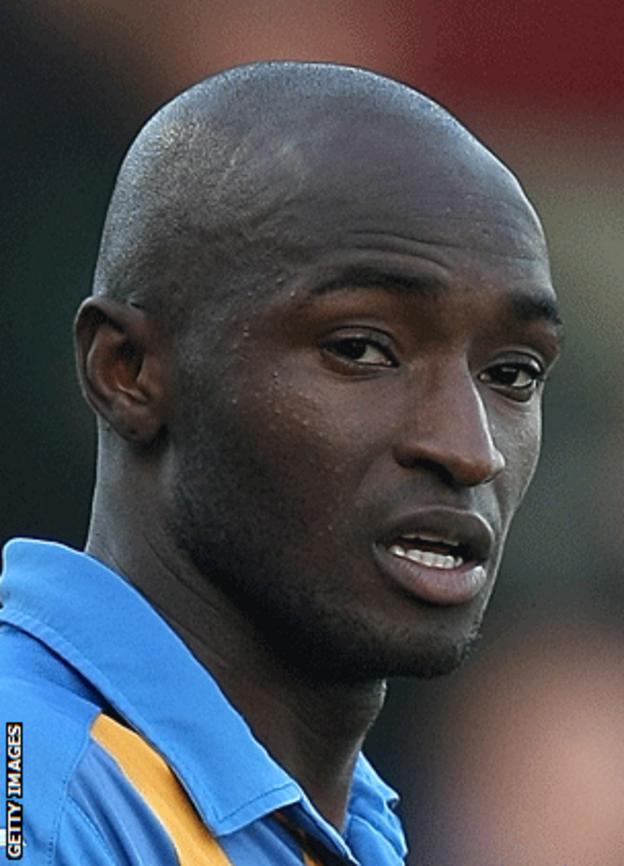 Shrewsbury striker Marvin Morgan is hopeful his winning goal in Monday's win over Crawley can earn him a recall to the starting XI.

Morgan, 28, has been kept out by the form of James Collins and Terry Gornell in recent weeks.

"The team's been playing well, as have Terry and Collo, so I can't complain," Morgan told BBC Radio Shropshire.

"But it's all about confidence. That's my tenth goal of the season, and I'm ready to start the next game."

The 2-1 victory over fellow promotion-chasers Crawley lifted Shrewsbury into third spot and the automatic promotion places in League Two - and on Saturday they face a difficult trip to play-off hopefuls Crewe.

Morgan insists his first goal this year has given him a major confidence boost.

"The goal came out of a lot of frustration - I hadn't scored for a long time, and of course I was suspended recently for three games," he said.

"I've been doing double training sessions to get my sharpness back - but on top of your fitness it's all about confidence.

"I saw Theo Walcott play for Arsenal against Tottenham, score one goal and then a second and I knew - he had the confidence to do it.

"My goal's done me the world of good and I'm ready for Crewe."