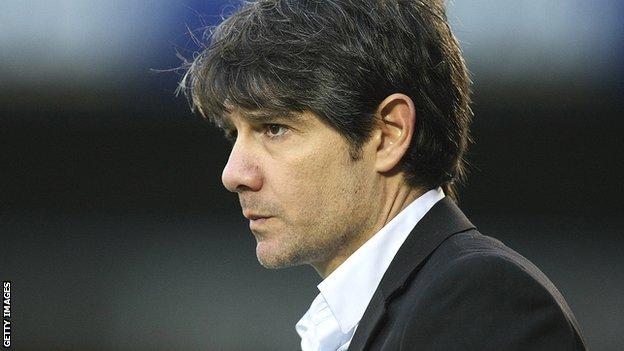 Burton Albion manager Paul Peschisolido has admitted confidence is low amongst his squad following 10 games without a win in League Two.

The Brewers, who lost 2-0 at leaders Swindon on Tuesday, are now eight point adrift of the play-offs.

Peschisolido told BBC Radio Derby: "The confidence is extremely low and it is a hard thing to pick up.

Burton's last win was back on Boxing Day when they beat Northampton 3-2 and they have since taken four points from a possible 30.

The Brewers, who were in the play-off places up until mid-January, were also beaten last weekend going down, 2-0 at Cheltenham.

"The boys are working extremely hard," added Peschisolido. "I think you can see the reaction from the lacklustre performance on Saturday was much improved.

"There's some questions to be answered and patching up psychology that we have to do, but there's no point in getting too down about it."