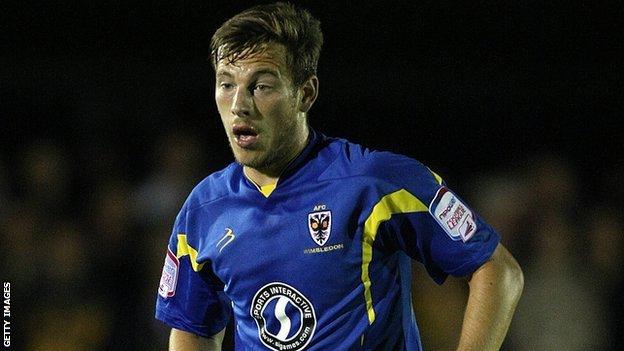 Wimbledon have confirmed Porter, who has been out since 2 January with an ankle injury, is set to join County on loan for the rest of the season.

The 24-year-old has made 14 appearances since joining the League Two club from Rushden and Diamonds in June 2011.

Porter worked with Exiles boss Edinburgh during his time at Rushden.

Wimbledon boss Terry Brown has decided a loan move to County will be best for Porter's recuperation from his ankle injury.

The former Tottenham Hotspur trainee is set to travel to Newport on Thursday to complete his loan move and could make his Newport debut in their Blue Square Bet Premier trip to Southport on Saturday.

County are 16th in the table, five points above the relegation zone, and have lost just once in their league six games and have qualified for an FA Trophy semi-final against Wealdstone.