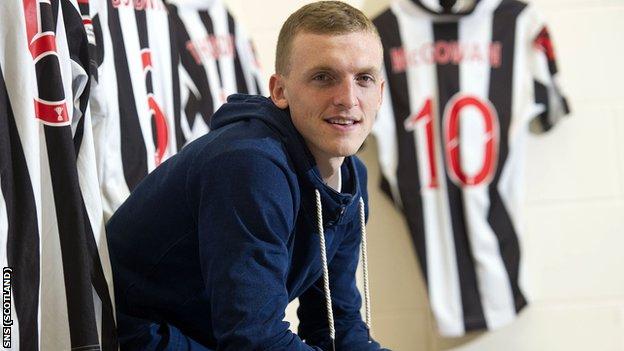 St Mirren's David Barron has signed a contract extension that ties him to the Paisley club until the summer of 2014.

The defender recently made his 100th appearance after battling back from knee and hip problems that saw him sidelined for most of last season and the first few months of this campaign.

"I'm now looking forward to the next two years, he told the club website.

"I think it is fair to say that I've had my fair share of injuries so hopefully now they are all behind me."

After returning to the team, the versatile Barron is now hoping to re-establish himself as first-choice right-back.

"I would like a good run at right-back which is my natural position," he explained.

"To be honest, I've only played in that position about three times in the last three or four years as I keep getting moved about between left-back and centre-back but I really don't mind doing that as the important thing is to be playing.

"I've really enjoyed playing at centre-mid this year, which I didn't think I would be doing, so I wouldn't mind playing there but if given a choice I would like a run at right-back."