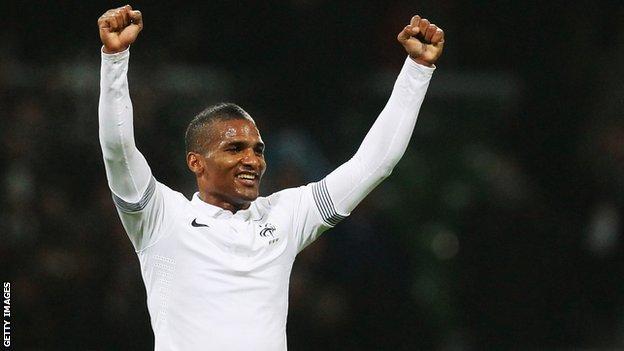 Sweden and Ukraine, who also face England in the group stage at Euro 2012, secured wins against Croatia and Israel respectively.

Zlatan Ibrahimovic also scored while Croatia found the net through an own goal from West Brom defender Jonas Olsson, his header sending the ball looping over goalkeeper Andreas Isaksson and into an empty net.

Co-hosts Ukraine continued their impressive build-up to the tournament with a 3-2 friendly win away to Israel.

Oleg Gusev opened the scoring from the penalty spot before Yevhen Konoplyanka doubled the lead before half-time.

Elsewhere, there was a major surprise as the United States pulled off an historic first win over Italy in Genoa.

Andrey Arshavin scored in Russia's 2-0 win over Denmark in Copenhagen while Lionel Messi helped himself to a hat-trick as Argentina won 3-1 in Switzerland.

Messi struck with a delightful shot in the 20th minute, a mischievous chip in the 88th and a stoppage-time penalty.

Portugal were held to a goalless draw away to Poland.