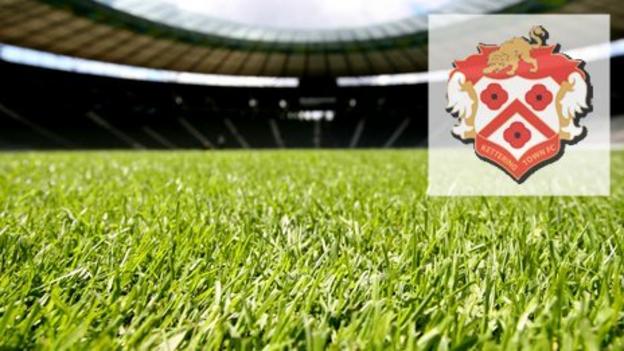 Former Weymouth owner George Rolls says he has paid money into Kettering Town FC to help the club, potentially prior to a full takeover.

Rolls, who sold his family's shares in Weymouth on Wednesday, has been advising the troubled Conference club.

He told BBC Northampton: "I think it needs a lot of hard work because the [club's] debts are huge.

"I've donated a five-figure sum to show goodwill, but it needs a lot of help. Ultimately, fans can play a big part."

Rolls says that no-one can take over the club from current owner Imraan Ladak until a winding up petition is heard on 2 April.

"It's no secret I've been helping out and trying to assist in any way I can," said Rolls.

"There's some fantastic people at the club and it would've struggled to continue on if it hadn't been for the likes of Ken Samuel, Ritchie Jeune, Mark Severn, Mike Quinn and Lee Thorn.

"With the right guidance and some management structure in place, the club can do very well. But everyone knows the predicament it's in and the big debts it's got.

There's a lot of hard work to go ahead and the fans need to play a big part in it if they want to see Conference football next season.

"There's a game on Saturday, where those fans who only turn up once a year - on Boxing Day or New Year's Day - it'd be great to get them down to Nene Park.

He continued: "You look at Darlington in their hour of need - they had two games on the trot which had 6,000 people there.

"If Kettering were to get 2,500 for [the next two home] games, that would pay off HMRC on its own, which would mean that - with the other commitments of new people and payment plans agreed with creditors - the club would not go into administration or a CVA."

Meanwhile, the Poppies are waiting to hear if they are to be deducted three points by the Football Conference for failing to pay football creditors, but Rolls says they have taken steps to avoid that sanction.

"The football creditors were either paid, or payment plans [were] put up with them over the last few days, to hopefully satisfy the Conference," he added.

"There's a lot of hard work to go ahead and the fans need to play a big part in it if they want to see Conference football next season."