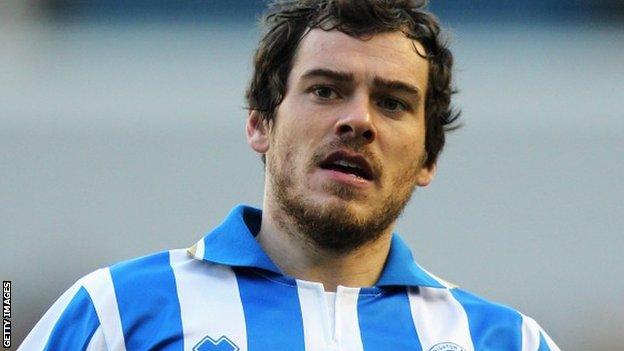 The 31-year-old has been a near ever-present for the Seagulls, missing only three games due to suspension.

The Uruguayan told BBC Sussex: "For us and the way we play, he's a key player. He has been exceptional - much better than last year.

"In terms of decision making, interceptions and tackles, this year he's been good."

Poyet says the Scottish defender also leads by example on the training ground.

"He's a leader by the way he behaves," Poyet added.

"He is probably one of the best trainers at the football club, and that makes most of the rest [of the squad] train the same way.

"He's a captain because of what he does and what he demands from his team-mates. Sometimes I don't need to say a word - he does if for us."

The Seagulls are unbeaten in the Championship in 2012, a run of nine matches which has lifted them to within one point of the play-off places.

Greer added: "It's an honour to captain the side and it's been a good year back in the Championship.

"We all take pride in the performances.

"We've had our ups and downs but we're in a good position. Hopefully we can keep working hard and keep it going."

Brighton travel to struggling Doncaster on Saturday. The Seagulls won the reverse fixture on the opening day of the season in what was the first League game played at the club's new Amex Stadium.

"The build-up seemed to last for months, being the first game at the Amex and in a new division," he continued.

"It was one of the hardest games we've had at the Amex. They're a good footballing team and have some really good players who've played at the top level."