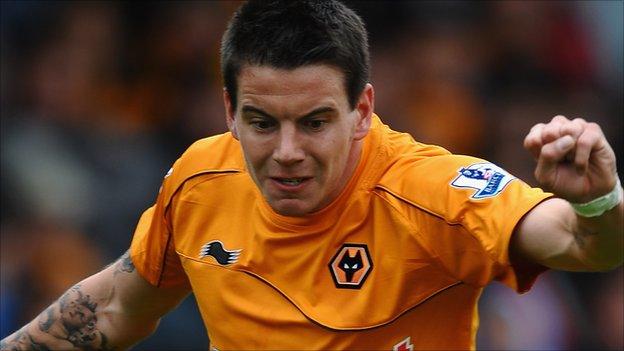 Middlesbrough have signed Wolverhampton Wanderers winger Adam Hammill on loan until the end of the season.

The 24-year-old joined Wolves from Barnsley in January 2011 but has been limited to 23 appearances at Molineux.

"He also has a bit of individuality, he's versatile enough to play in any midfield position and he creates extra competition within the squad."

Born on Merseyside, Hammill began his career at hometown club Liverpool but left for Barnsley without making an appearance.

He also enjoyed loan spells at Dunfermline, Southampton and Blackpool before the switch to Oakwell.