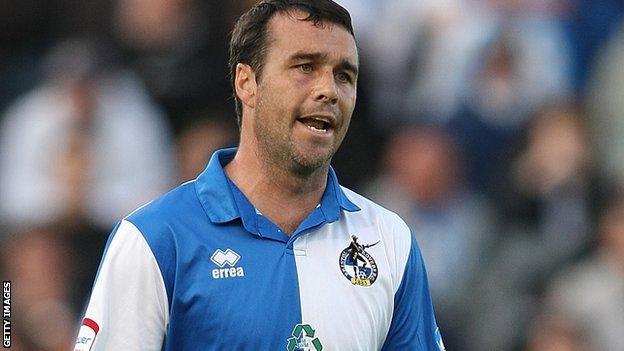 "The thinking behind it is to be fair to him," manager Mark McGhee told BBC Radio Bristol.

"He's out of contract in the summer, he's a London lad and there's a lot that's right about him having the opportunity there."

McGleish has made 789 career appearances for nine different clubs

McGleish was released from his fourth spell with Leyton Orient in May, despite being their top scorer in the 2010-11 season with 18 goals.

He was brought to the Memorial Stadium by former Pirates boss Paul Buckle a month later and has since scored nine times in 32 games.