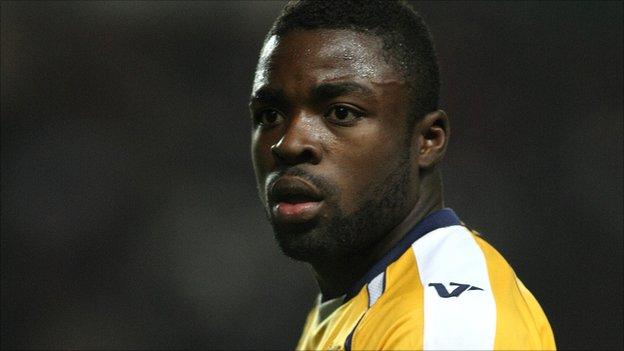 Gateshead striker Yemi Odubade has suffered a repeat of the foot injury that saw him miss eight weeks of football at the end of last year.

The 27-year-old broke two metatarsal bones in November but returned to action in the 1-0 New Year's Day win at Darlington in Blue Square Bet Premier.

He has now suffered a recurrence of the problem during training and the club does not yet know when he will be back.

Odubade has scored seven goals in 26 appearances this season.

Midfielder Rob Briggs is also facing a lay-off because of a broken arm.

The 20-year-old needed surgery after suffering the injury in a game on Tuesday while on loan at Northern League side Sunderland RCA.

He will be out of action until next season.