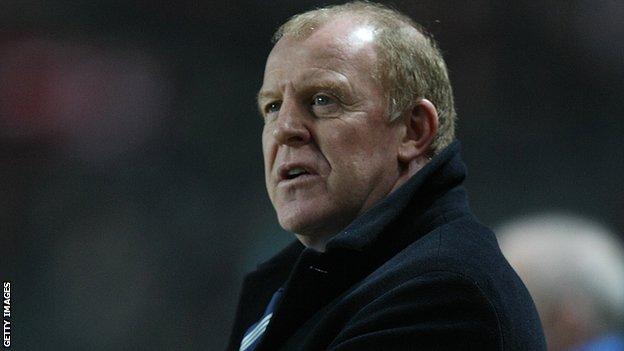 Former Sheffield Wednesday boss Gary Megson has admitted he was "gutted" to be relieved of his duties.

Megson was sacked by the Hillsborough club on Wednesday despite them lying third in League One.

He told BBC Radio Sheffield: "I'm gutted that I'm no longer Wednesday's manager, for a number of reasons.

"It's my club, there's some fantastic people there and some great players, but most of all I'll miss the support, which was always unbelievable."

He continued: "When I said I always wanted the Wednesday job it was because I wanted to work in front of those supporters.

"It was the first thing I said to new players coming in.

"It hurts more than any other disappointment I've had in my life."

In a statement issued through the League Managers' Association, he added: "At some point in the future, I would love to come back to Hillsborough to finish the job."

The Plymouth defender said on Twitter: "You win a Sheffield derby moving up to third in the league and get sacked three days later. I don't understand football sometimes.

"Megson would have got Wednesday promoted this year. He loved the club and knows how to win promotion."

Chris Evans, who was Megson's assistant, has been appointed caretaker manager for Saturday's match at Rochdale.