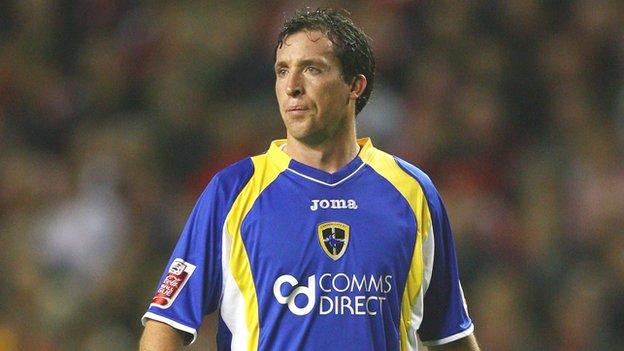 Former Liverpool striker Robbie Fowler is training at Blackpool with a view to signing until the end of the season.

"People might say that's another older player but it's about the balance between the young and the old," boss Ian Holloway told BBC Radio Lancashire.

"Players like Kevin Phillips [38], Keith Southern [30] and Brett Ormerod [35] keep the young ones going and show them how to do it."

Players like Kevin Phillips, Keith Southern and Brett Ormerod keep the young ones going and show them how to do it

Holloway added: "Robbie's just another one of those. Has he got some quality, and can he play a pass and can he score a goal?

"Yes he can, so it may sound outrageous to some people, but not to me."

Fowler is the fourth highest scorer in Premier League history with 163 goals, but failed to add to that in his last brief experience of top-flight football three seasons ago.

In a three-month stay with Paul Ince's Blackburn Rovers in the autumn of 2008, Fowler failed to find the net in six appearances on a pay-per-play deal.

But he was more successful the previous season at Championship level with Cardiff City, for whom he netted six goals in 16 appearances, enjoying a successful partnership with fellow veteran Jimmy Floyd Hasselbaink.

After leaving Blackburn, he departed British football to play in Australia, first with North Queensland Fury before a season at Perth Glory, followed by a move last year to Thailand to play for Muangthong United.

Fowler had previously been linked to India's new Premier Soccer League - but that has since been postponed.