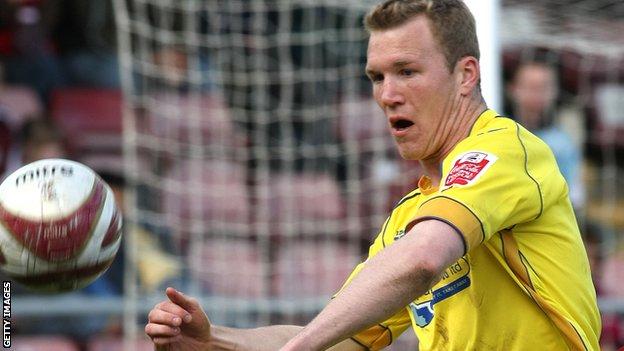 The 23-year-old former Bolton trainee is out of contract at Plainmoor in the summer and talks have been going on for more than a month.

"It's the longest negotiations in the world and it's still ongoing," Ling told BBC Radio Devon.

"We spoke three or four times last week and I'm speaking through an agent and it's getting closer and closer."

"It's frustrating but every I's got to be dotted and every t's got to be crossed. We're getting there," Ling said.

"We're trying to get to where Mark wants to be and we're not quite there yet as we haven't got pen on paper, but I'm hoping that will happen in the very near future."

Meanwhile young striker Ray Spear revealed on Twitter that he would not be offered a new deal at Plainmoor for next season.

The 19-year-old has yet to make a first team appearance and spent a month on loan at non-league Bideford in October.

"I just feel that Ray hasn't progressed as expected from the youth department," Ling said.

"I'm trying to help the boy by letting him know early that, for me, he's not quite League Two standard yet.

"He will continue to work around us and play around us until there is a better option for him but the option of Ray Spear being here in 2012-13 is now taken away so he has to make himself a career beyond this football club for next season and we will help in all ways and shapes we can.

"I'm disappointed it's come out on Twitter but that's the modern world I suppose," Ling added.