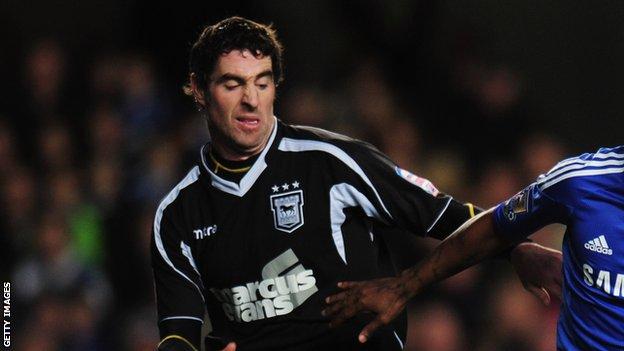 Ipswich Town boss Paul Jewell has revealed that left-back Mark Kennedy has become a player-coach and is likely to retire in the summer.

The 35-year-old has struggled with injuries during his time at Portman Road and has not played since November.

"Mark's got good potential to be a coach and has good knowledge of the game," Jewell told BBC Radio Suffolk.

"We have brought him to our side and hopefully in the summer he can do coaching full-time."

He added: "He's a player-coach as such and this gives him a head start."

Kennedy joined Town from Cardiff in July 2010 and has gone on to feature 37 times for the Championship club.

Jewell says the former Republic of Ireland international is likely to call an end to a career that has taken in 466 league games, including spells at Liverpool, Manchester City and Wolves.

"I don't think player-coaches work. I actually think it's an impossible situation for a player.

"We're just giving him an insight into it with a view to making it permanent in the summer.

"Hopefully the younger players coming through he can help with his experience."

Meanwhile, Jewell has balked at suggestions he may look to employ a dedicated defensive coach to shore up his leaky back line.

Town have shipped 60 Championship goals this season, eight more than any other team in the division.

"I think that's a bit of a slight on the coaches we have here," said the former Wigan boss.

"Where do you stop? Do you have a midfield coach? A forward coach? A coach coach?

"Myself and [assistant manager] Chris Hutchings have been around the block enough.

"I'm not arrogant enough to say I don't take the blame. Of course I do if I do the coaching and I'm the manager.

"But some of the mistakes are beyond the pale."