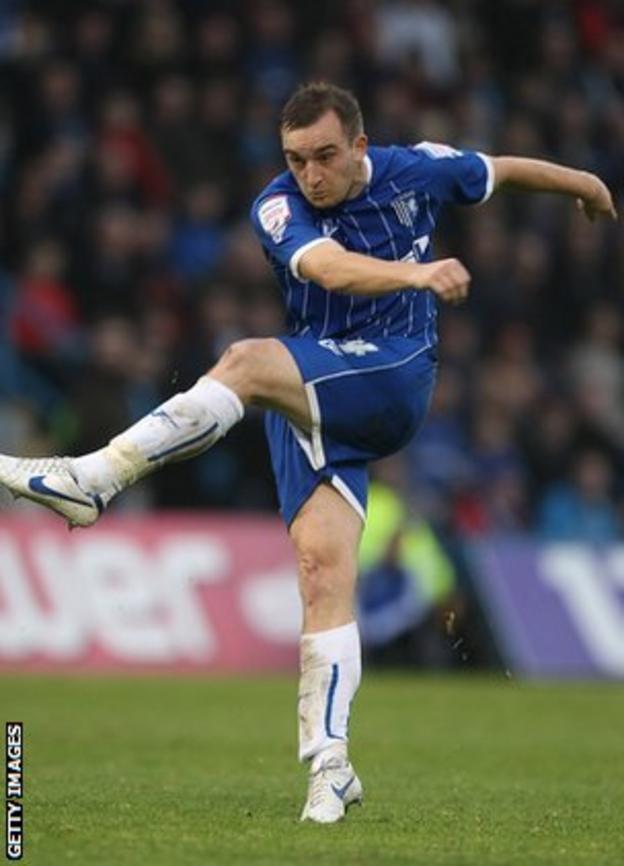 Gillingham midfielder Charlie Lee has said he wants to win 7-6 this weekend, after winning a nine-goal thriller against Hereford on Tuesday.

Lee came off the bench to score twice in the 5-4 win, which saw the Gills come from 2-0 and 4-2 down to secure victory in the final minute.

The play-off hopefuls travel to struggling Plymouth on Saturday.

Lee said that entertaining games are not new to him, having previously played in a side where high scoring matches were common.

"I played for Peterborough for four seasons and we had the mentality of we will score more than you, so I've had a few big scoring games," he added.

Gills boss Andy Hessenthaler disagreed with Lee, saying he could not cope with a match with such a dramatic finish.

He said: "I will take 1-0 all day long, I don't want what happened the other night. I didn't sleep on Tuesday night. But whatever happens we need to win games."

Meanwhile, top scorer Danny Kedwell has revealed he has adjusted his goal target for the season after taking his tally to 13 against Hereford.

He told BBC Radio Kent: "I set a target at the beginning of the season of 20 but hopefully I will get past that and hopefully they start rolling in rather than dribs and drabs. More 5-4 games and they probably will."