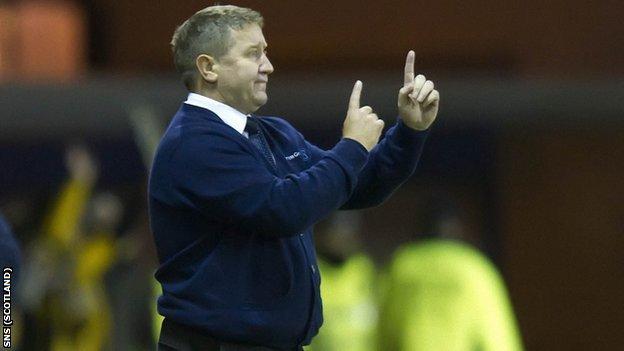 Robertson took over at Bayview in 2010 and helped the Fifers finish last season's Scottish Second Division in fifth place - their current position.

Earlier this season, the Methil side knocked Aberdeen out of the Scottish Communities League Cup on penalties.

"The club would like to thank John for his efforts and wish him every success for the future," read an official East Fife statement.

Forty-seven-year-old Robertson, a former Scotland international striker who spent most of his playing career at Hearts, began his managerial career at Inverness in 2002 before returning to Tynecastle two years later.

After leaving Hearts in 2005, Robertson had short spells at Ross County, Livingston and Derry City.

He ended a near three-year spell out of management when he took up the reins at East Fife.

Robertson's last match in charge of the Fifers was Tuesday's 3-2 defeat by Forfar Athletic.