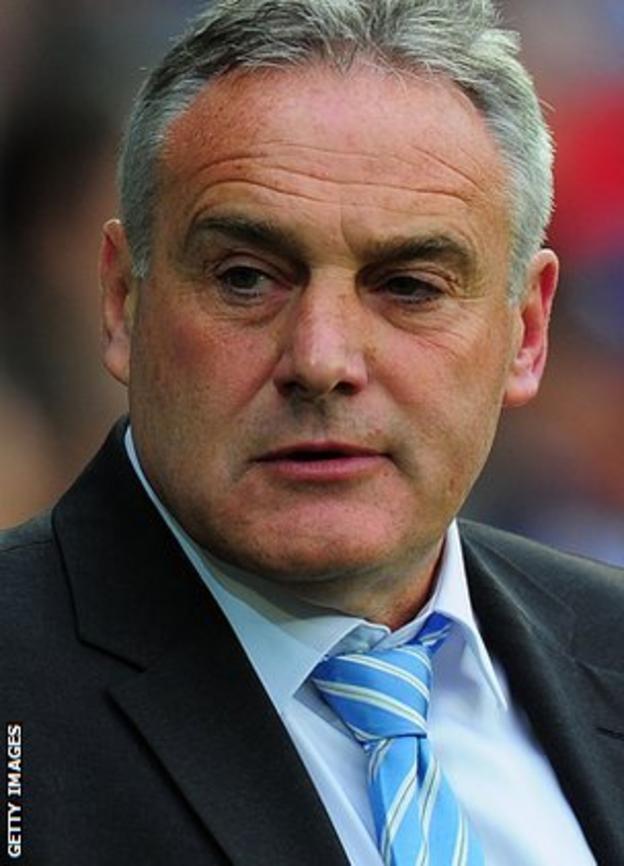 Sheffield Wednesday have appointed Dave Jones as their new manager on a three-and-a-half year contract.

Jones, 55, replaces Gary Megson, who was sacked on Wednesday despite steering the club to third position in League One.

The former Stockport, Southampton, Wolves and Cardiff manager takes over with immediate effect.

"I've walked into a club with a fantastic tradition. A proper football club," he told BBC Radio Sheffield.

"I spoke to Milan last week and he said he was considering making a change. I told him that if that was the case then I would be interested in the job.

"I feel privileged and honoured to have been given this opportunity.

"It's my job to propel this club into the divisions it deserves to be in."

Wednesday chairman Milan Mandaric also spoke to defend his decision to sack lifelong Owls fan Megson, who had guided the side to a derby win against Sheffield United on Sunday before his dismissal.

"I know some didn't like this but I'll say again and again and again, I've done what's best for this club at this time," said the former Portsmouth and Leicester City owner.

"I didn't come here to win a popularity contest, I came here to do the job.

"I came here to turn things around and do better. Sometimes some of those decisions that I made, they're not quite right, they need corrections and I will correct those decisions."

Mandaric is adamant that the Owls, who have won only four of their past 10 league games, needed a change.

"I needed something fresh, something new. What's Dave going to do? He's going to do what he's done in the past," he added.

"He's going to get the players going, get them organised, maybe tweak something and add a new dimension."

Megson's former Wednesday number two Chris Evans, who has worked with Jones before in his days as Wolves academy director at Molineux, will pick the team for Saturday's trip to Rochdale.

Former Owls captain Darren Purse, who played under Jones for Cardiff City, backed his old Bluebirds boss to be a success in the job at Hillsborough.

"He's a great manager. He could be the man to take the club forward."

This will be Jones' first managerial position since being sacked by Cardiff in May after six years in charge, following the Bluebirds' second successive failure to win promotion via the Championship play-offs.