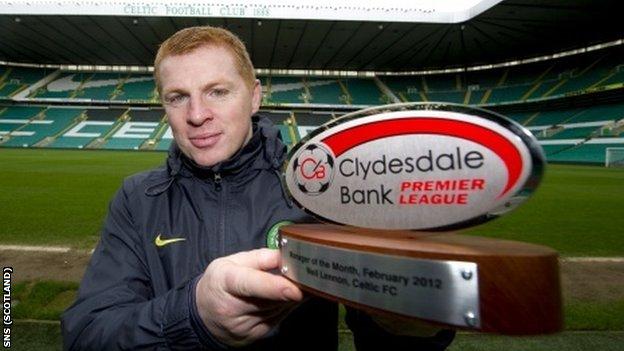 Lennon's side won all five of their league matches in February without losing a single goal.

The award is Lennon's third of the season, having picked up the November and December prizes.

Celtic are 20 points clear at the top of Scotland's top flight and are still in contention to win both domestic cup competitions.

February featured 4-0 and 5-0 wins for Celtic in Edinburgh against Hearts and Hibernian, respectively.

Inverness and Motherwell were both beaten 1-0 at Celtic Park and Dunfermline were also defeated 2-0 in Glasgow by the league leaders.