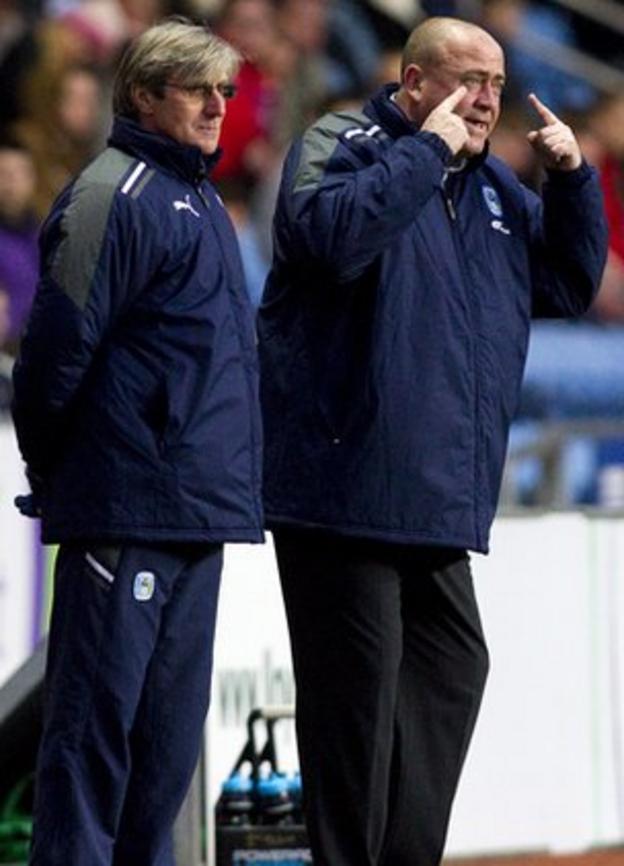 Coventry City manager Andy Thorn has been ordered to rest after being taken ill during training on Thursday.

The 45-year-old has undergone hospital tests and returned home after being been diagnosed with a virus.

Sky Blues coach Steve Harrison will take charge of the team for Saturday's M69 derby against Leicester City at the King Power Stadium.

"The overriding priority is his health and well-being," said chief executive Tim Fisher in a club statement.

"We have been speaking to him, his family and his medical staff on a regular basis.

"Everyone at the club wishes him well and we ask that he can be left in peace for the next few days."

Thorn has been in charge of the Sky Blues since taking over from Aidy Boothroyd in March, initially as caretaker manager.

But they have not won on the road in almost 11 months - and have not even picked up an away point in eight matches since 29 October.

They have not beaten the Foxes in five local derby meetings since February 2008, but four of those games were drawn.