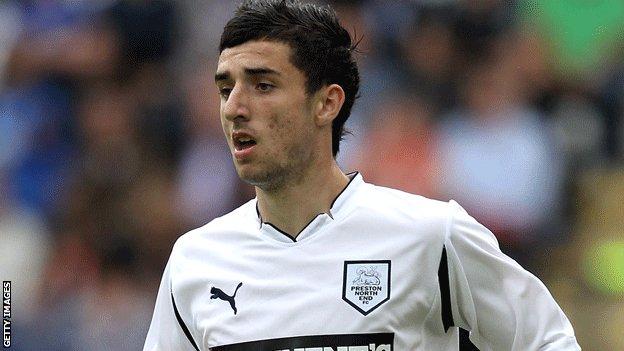 Shrewsbury have strengthened their squad by signing Preston full-back Conor McLaughlin on a two-month loan.

McLaughlin, who has two Northern Ireland Under-21 caps, has recovered from a broken leg suffered last season.

He has been tracked by Shrewsbury for some time, including his last game in Preston reserves' win over Manchester City in Carlos Tevez's comeback game.

"We've got a strong squad - but I felt we were a little short on the full-back area - especially with Joe Jacobson being injured."

McLaughlin hailed the standard of League Two football: "I played twice against Southend in the FA Cup this season and they were strong opposition, and I've checked out Shrewsbury's form.

"They're playing well, and I'd love to be part of their promotion party."

As for playing against Tevez, he added: "That was an experience in itself. We arrived at their (Manchester City's) training ground, and there were cameramen hiding in the bushes, all sorts.