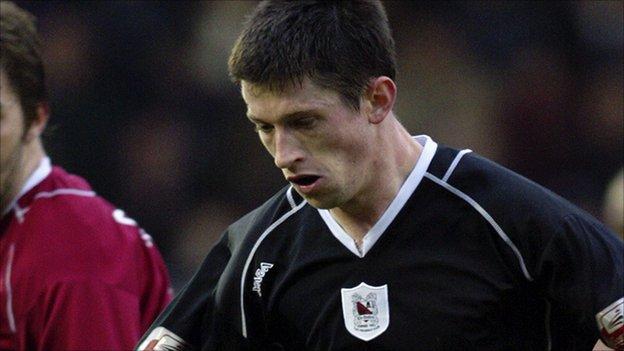 Darlington have signed winger Neil Wainwright on a short-term deal in time for Saturday's visit of Stockport in the Blue Square Bet Premier.

The 34-year-old, most recently with Kendal Town, made 280 appearances in two previous spells with the Quakers before joining Morecambe in July 2008.

"He wants to be here, he loves the club, he's a man and will bring experience into the side."

Earlier this week Wainwright, who began his career at Wrexham and lists Sunderland, Halifax and Shrewsbury among his former clubs, revealed via Twitter that the deal does not involve coaching.