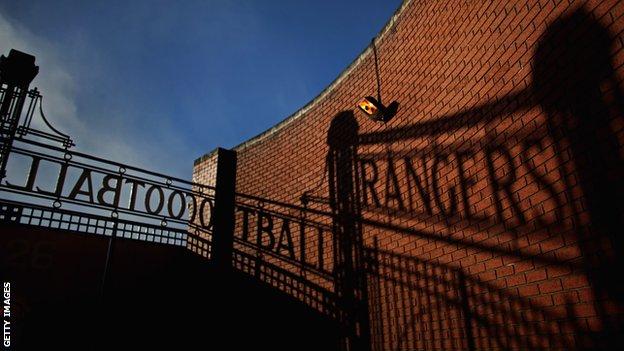 The Scottish Football Association say they will examine allegations of "hidden contracts" at Rangers.

The claim that previous players had more than one contract for payments was made by former Ibrox director Hugh Adam in the Daily Mail.

"We are aware of the most recent allegations made against Rangers FC," said SFA chief executive Stewart Regan.

"We shall investigate this matter thoroughly before making any further comment."

Meanwhile, the SFA expect their independent inquiry into Rangers' recent business dealings to be completed next week.

And the findings will go to a Special Board Meeting for consideration.

The panel also includes Professor Niall Lothian, a past president of the Institute of Chartered Accountants and Bob Downes, deputy chairman of the Scottish Environmental Protection Agency.

The independent inquiry was afforded the same powers as the SFA to investigate the potential breach of a number of its Articles of Association.