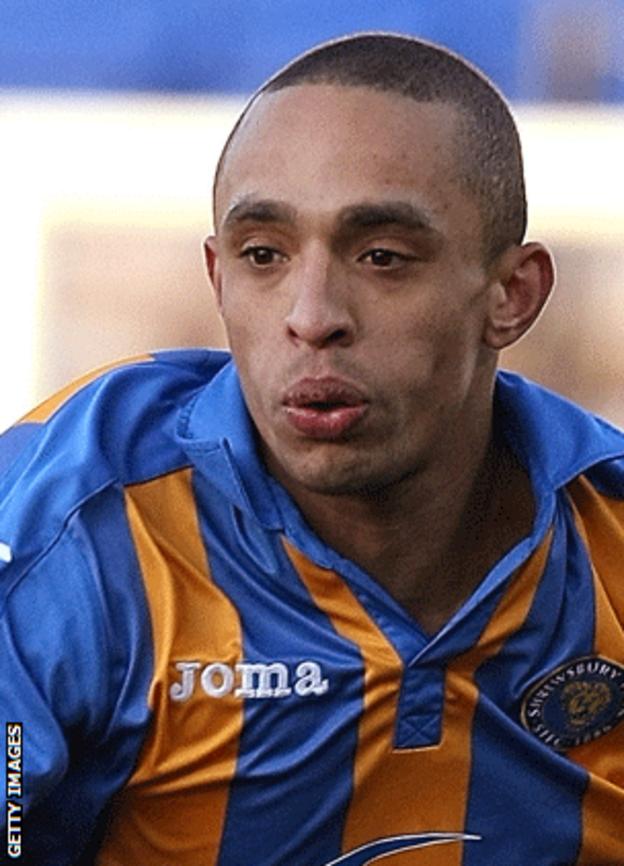 "We practice shooting on Thursday and Friday and look at the results - it's good to see so many players chipping in," Wright told BBC Radio Shropshire.

"I feel really good, buzzing in fact, and the team's playing well and scoring goals - you can't ask for much more."

Wright was top scorer for Shrewsbury last season, but says he is not after a repeat of that feat.

"Yes, there's a chase to be top scorer, but I'm not really interested really," he said.

"It doesn't matter who scores - as long as we get promotion, that's the aim."

Shrewsbury currently sit fourth in the League Two table, just outside the automatic promotion places, and are one of the division's top form-sides.

They have lost just two of their last ten league games, and are unbeaten at home for over a year.

"For home games we go out believing we will win, but it doesn't feel like pressure," he added.

"As long as we concentrate on what we're doing and work hard, we can achieve what we want.

"Promotion is in our own hands."