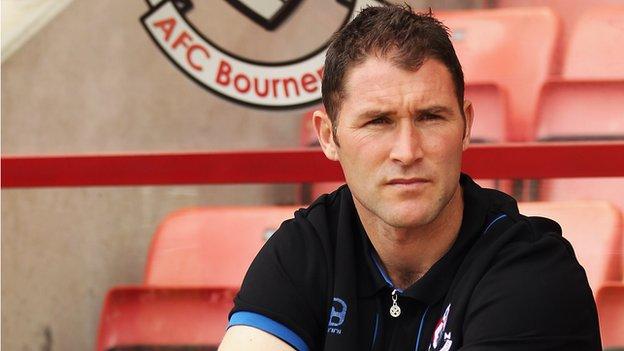 Bournemouth manager Lee Bradbury says his side should no longer think of themselves as underdogs.

Bradbury has seen the Cherries placed into administration and almost go out of business completely since joining the club as a player in 2007.

"Since I've been at the club we've been fighting something, but times have changed," he told BBC Radio Dorset.

"We're an established club now and our mentality has changed, we've got to deal with that."

The club battled bravely against relegation in Bradbury's first season at the club, but went down on the last day of the season.

After being threatened with expulsion from the Football League, the Cherries rallied to stave off a second relegation in two years, before returning to League One in 2010.

Now Bradbury, who took charge in January last year, believes his side need to have more confidence in their ability.

"We've always done well being the underdog at Bournemouth but we've got to put ourselves under pressure to get results.