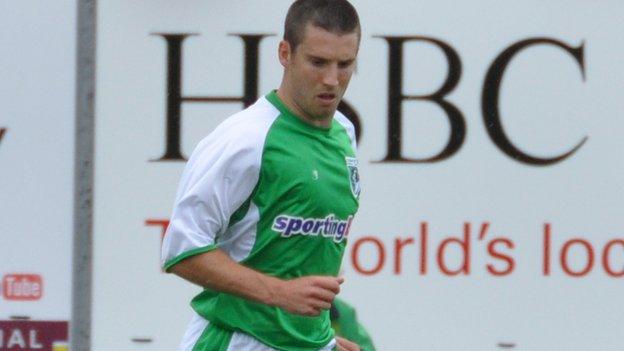 Guernsey FC boss Tony Vance says his side's hard work paid off as they beat CB Hounslow 2-0 at Footes Lane to stay 13 points clear at the top of the Combined Counties League Division One.

Ross Allen got both the goals for the Green Lions to take his tally to 55 league and cup goals this season, and end a two-game spell without scoring.

"We had to work hard for that victory," Vance told BBC Guernsey.

"Credit to the guys there, they came over here and gave us a good game."

Vance added: "But we ground it out and that's what it's all about."

Guernsey now need just two more wins to be crowned champions in their first season in English football and Vance praised Allen, whose goals have helped the side to 27 wins from 30 games.

The striker has scored 50 of the 117 goals Guernsey have netted in the league this season.

"He's done really well. Over the last two or three weeks people have been winding him up because he hasn't scored for two games," Vance said.

"Everyone thinks that Ross just wants to score goals, but he's the first person to go and congratulate someone when they score.

"He's really working hard and becoming almost a complete striker for us, so it's good and I was pleased that he got his two goals," he added.