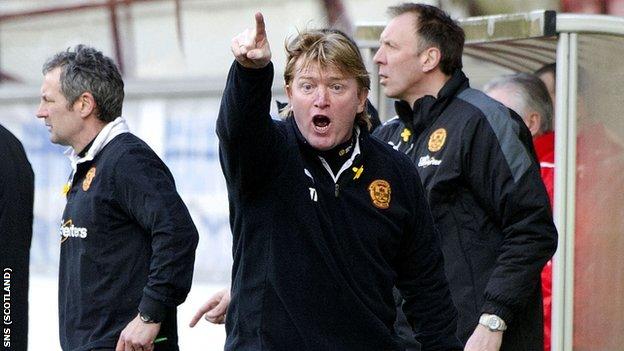 Manager Stuart McCall praised his Motherwell side after victory against Dunfermline took them to within three points of second place.

Michael Higdon and Henrik Ojamaa secured the win as Rangers lost 2-1 to Hearts at Ibrox.

"The second half performance was a lot better than the first and it needed to be," McCall told BBC Scotland's Sportsound.

"Both goals were well worked by us."

Dunfermline enjoyed a lot of possession at East End Park but failed to show a cutting edge.

And 'Well made them pay with goals from Higdon and Ojamaa after the break to seal victory.

"If we play like we did in the first half then we'll be out of the Scottish Cup next week against Aberdeen, " McCall said.

"But they've been consistent and we have a little switch off now and look forward to the quarter final against Aberdeen, which I'm sure will be a really good game.

"You have to give credit to Dunfermline, they came out and had a go. I felt at half time that we could only get better.

"We did do better and in the end I think we deserved to win."