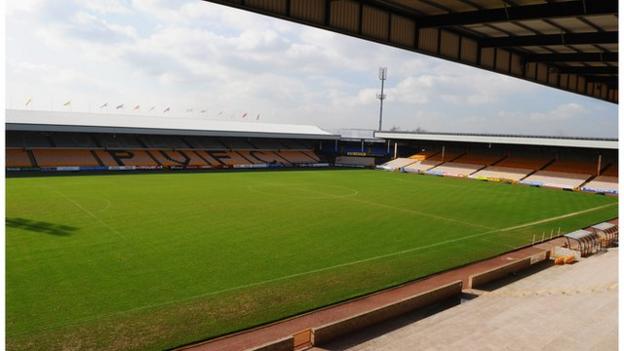 Port Vale chairman Mike Lloyd says there are other people that should take the blame for the financial mess at the club, and not just the current board.

The Vale currently face a winding up order from HM Revenue & Customs after failing to pay a tax bill with players and staff having also gone unpaid.

"I don't think the current situation is just down to the board."

He added: "There are many reasons why the club is in this financial position. You have to recall when the club first came out of administration 10 years ago, it started with a million pound loan.

"On top of that over the past 12 months we've had lower attendances, the economic situation is not good so not so many people are going to games. There have also been demonstrations which has added to the costs as well, and there has been reduced revenue because of the 'starve them out' campaigns."

The club are currently unable to function as a business following the resignation of director Peter Miller as a director.

That leaves just Mike Lloyd, Glenn Oliver and Perry Deakin as the three remaining people on the board, with the club needing four for it to function.

"I see administration maybe as soon as the end of next week, and that period of administration can take anything from three months to six months," Lloyd explained.

"The administrator will then try and find a buyer and the points deduction will hit us this season, so the club can then start from scratch again next season."