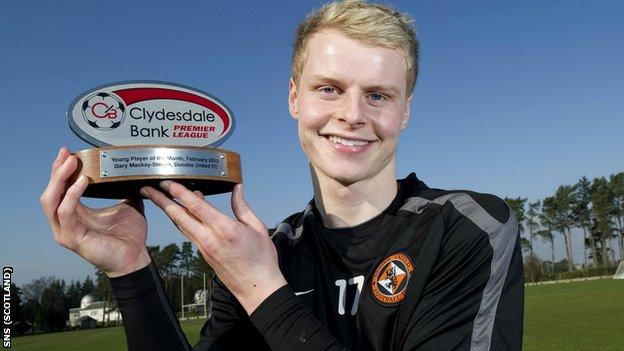 Dundee United winger Gary Mackay-Steven is the Clydesdale Bank young player of the month for February.

The Thurso-born 21-year-old has established himself as a regular starter at Tannadice, having signed from Airdrie United last summer.

And he made an impressive debut for Scotland U21s in Wednesday's 0-0 draw with the Netherlands.

United were unbeaten last month, knocking Rangers out of the Scottish Cup in the process.

Peter Houston's in-form side picked up 10 points from a possible 12 in their February league outings, scoring 11 and conceding just one goal.

Mackay-Steven spent two years with Liverpool after standing out in the youth set-up at Ross County before his switch to Airdrie in 2010.