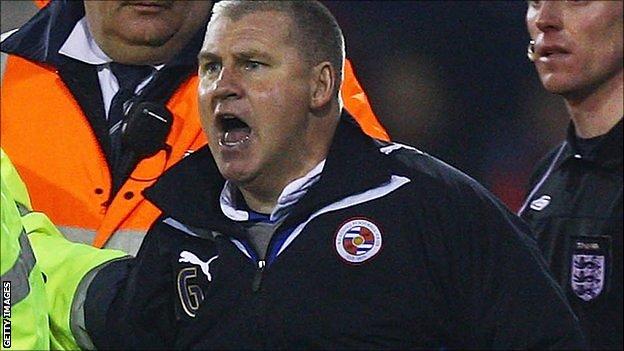 Reading assistant manager Nigel Gibbs has signed a new contract with the Championship club until 2015.

The former Watford defender follows on from boss Brian McDermott who signed a new deal at the club last month.

"I'm absolutely delighted, I got offered the contract at the end of last week and had no hesitation in signing," Gibbs told BBC Radio Berkshire.

He added to the club website: "I'm really looking forward to the season run in.

"When I first came into the club I was the development coach and Brian and I did the reserves together, but I knew him before that.

"We have the same ideas about football, we always want to go out to win and we enjoy playing fast, attacking football.

"We have fantastic back up with the staff around us and we all work well together."