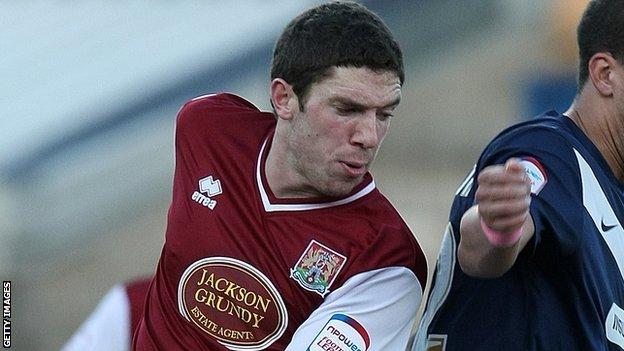 The Cobblers drew 2-2 with second-placed Cheltenham but lie 24th in the table, three points from safety with a game in hand on Dagenham & Redbridge.

They now face home games against Bristol Rovers and Aldershot before travelling to the Daggers.

"They are definitely season-defining (but) I don't see why we can't go on a little three-game run," said Tozer.

"If we get that win on Tuesday [against Rovers], it could put us level with Dagenham and Hereford.

"It's been tough this season but we've got good results [over] the last four or five games."

Northampton held a 2-0 lead at half-time against Cheltenham, but were denied their third win in five matches by an injury time goal from Darryl Duffy.

"I thought we were better than them. It gives us confidence but we needed three points," Tozer told BBC Northampton.

"We'd have taken a draw before the game, but with the way we played in the first half, you wouldn't have."