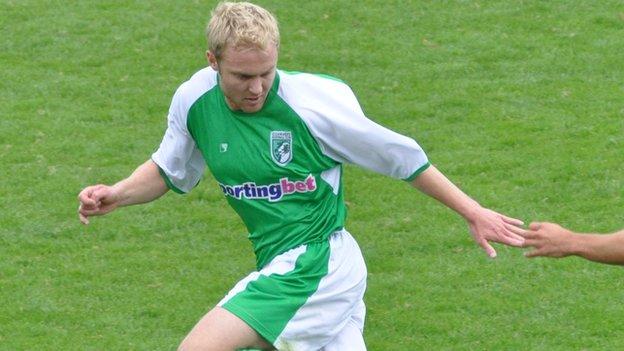 Guernsey boss Kevin Graham has named just three non-Guernsey FC players in his squad for the Muratti semi-final in Alderney on 17 March.

North top-scorer Nigel Hutton and his team mates Chris Le Cheminant and Simon Tostevin are the only members of the squad not playing for Tony Vance's Combined Counties League side.

Guernsey must beat Alderney to set up their annual clash with Jersey in May.

They were at The Track in last year's Muratti.

Guernsey squad (* indicates a player who has played for Guernsey FC this season):