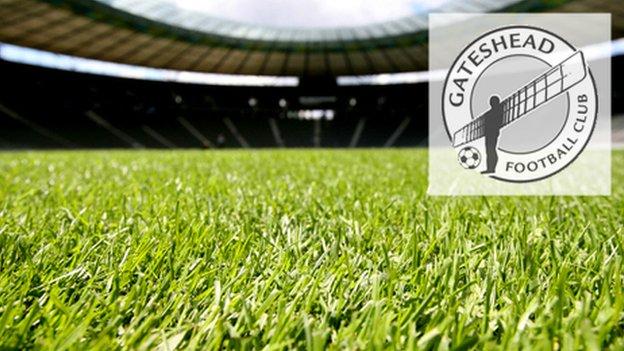 Gateshead have boosted their defensive options by signing Paul Dummett from Newcastle United on a month's loan.

The 21-year-old has struggled with hip and ankle injuries this season but is now back to full fitness.

And he goes straight into the Gateshead squad for Tuesday's home match against Hayes & Yeading United.

"It will be good to gain experience playing in the Conference, and hopefully I can help Gateshead win some games while I'm there," he said.

Dummett, a Wales Under 21 international, has captained Newcastle's reserve side on a number of occasions.

And he made the first-team squad for two Premier League matches last season and again for this season's Carling Cup tie against Nottingham Forest.