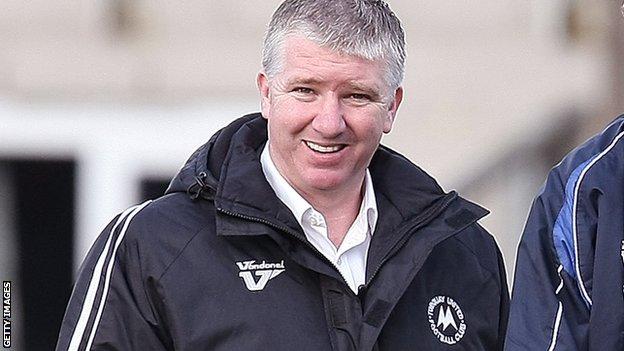 Torquay United will continue to push for an automatic promotion spot, according to manager Martin Ling.

His comments come after the Gulls ended a two-match losing run with a 1-0 win at promotion rivals Crawley Town to see them climb to fifth in League Two.

"People are talking about six clubs that will possibly go into the top three and to put us in that equation is pleasing," Ling told BBC Radio Devon.

"But we will push and push until we can't push any more."

He added: "We will use the play-offs as a safety net rather than an aim for us as a football club."

Ling was ready to praise new striker Ryan Jarvis, who joined the club on loan from Leyton Orient on Thursday and played three quarters of the match after coming on for the injured Danny Stevens.

"Ryan's come here to do a job and his opportunity came quickly," added Ling.

"I brought him here to strengthen the squad and make the bench stronger but he didn't last on the bench for very long.

"He's an educated footballer, knows his game, got great technique and that position suits him, and I knew it would because he played for me before.

"But all 13 players that played deserve a big pat on the back to get those three points for us," he added.