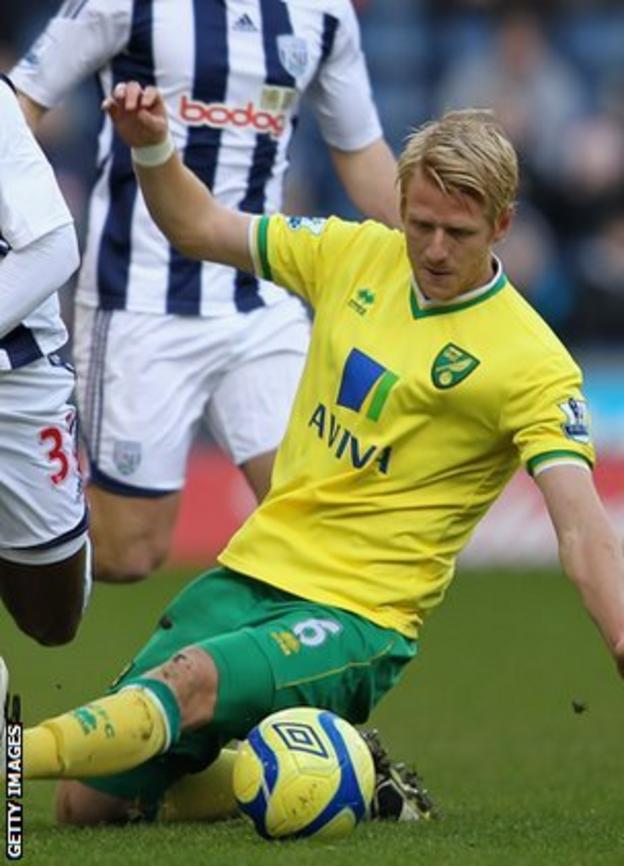 Whitbread, 28, told BBC Radio Norfolk: "It's great to have, you never know if you're going to be in the squad from week to week, that's how it should be.

"It's not like we have 11 great starters, we have a great squad."

Only month ago Norwich had a shortage of centre-halves with Ayala and Whitbread both getting injured in the same game, a 2-0 win over Bolton, at the start of February.

But Whitbread says he prefers to have plenty of competition for a starting place.

"Some of the lads in the stand have been instrumental to where we are today," he added. "It's down to each of us to work hard to stay in the team or get into it."

Whitbread has started 17 games for Norwich this season, and after an injury-interrupted career since signing in 2010, he's pleased to get a consistent run in the side.

"I'm just enjoying playing, it's a great stage, it's been stop-start over my time at Norwich so I just enjoy each game and make the most of the chances I get," he said.

"I'm desperate to stay in this league and I'll work really hard, along with the rest of the lads, to acheive that."