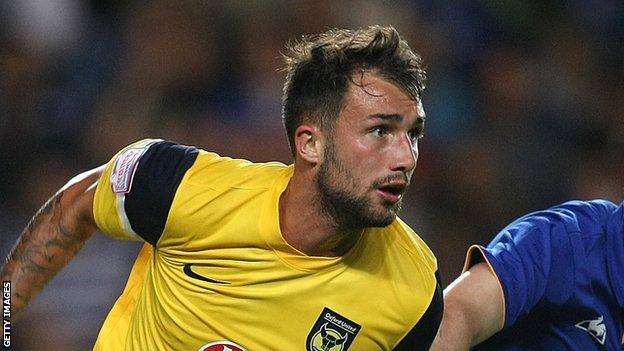 Aldershot have signed midfielder Josh Payne on a permanent deal from Oxford United and brought in QPR midfielder Michael Doughty on a one-month loan.

Payne, 21, initially joined the Shots on a one-month loan in January but he has now signed a contract until the end of the 2012-13 season.

The former West Ham youth has scored one goal in six games for Aldershot.

Doughty, 19, scored one goal in 18 appearances during a spell at Crawley earlier this season.

Aldershot have not paid Oxford a transfer fee for Payne's services, but a sell-on clause is included in the deal which has brought him to the EBB Stadium.

"When I came we were down in the dumps a bit but now I feel we're on the up.

"I'm still here to do the same job for the team so hopefully I can carry on and do that from now until the end of the season."