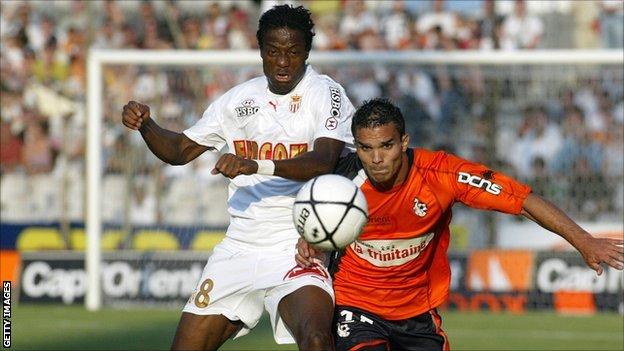 Former Sierra Leone star Mohamed Kallon scored direct from a free-kick to help steer the club he owns into the last 32 of the Confederation Cup.

Kallon struck in the first half and Lansana Kamara in the second as Kallon FC beat Union Douala of Cameroon 2-0 in Freetown to qualify 2-1 on aggregate.

"The boys must intensify their training and we need to get video footage of our opponents," he said of Wolves.

Defending a 1-0 first-leg lead, former African champions Union were under pressure until the closing stages when Kallon goalkeeper Christian Caulker made several fine saves to keep the visitors at bay.

Bongani Steenkamp was the match-winner at the Mavuso Sports Centre in Manzini, nodding in a rebound after goalkeeper Medson Luwawa failed to grasp a stinging shot.

Representing the home of the 2012 Africa Cup of Nations champions, an Arrows team distracted by a pre-match bonus dispute did not impress and seldom troubled Leopards custodian Mphikeleli Dlamini.

Thabo Mongelo scored just before and after half-time to earn Black Leopards of South Africa a 2-0 win over Motor Action of Zimbabwe in Harare after a drawn first encounter.

Mongalo stabbed a loose ball past goalkeeper Marlon Jani on 43 minutes and nodded the second from a corner four minutes into the second half to secure a meeting with Lupopo from DR Congo.

In other results, EFO of Burkina Faso beat Benin's Dragons 2-1 on aggregate while South Africa's Black Leopards won 2-0 in Zimbabwe to beat Motor Action 3-1 on aggregate.

Other teams to make it through were Simba of Tanzania, who knocked out Rwandans Kiyovu 3-2, while Congo's AC Leopards were 4-2 aggregate winners against AS Tempete Mocaf of Central Africa.

TANA of Madagascar and Hwange of Zimbabwe also qualified for the second round, knocking out Botswana's Gunners and Jamhuri of Zanzibar respectively.